dedicated to providing patients with
the most current and advanced treatments.

providing an approach that is aimed
to maximize musculoskeletal health for life.

browse patient education material
and view all of the orthopedic animations. 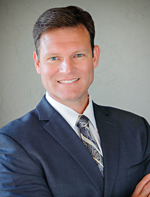 Dr. Darren Keiser grew up in Nebraska, graduating from Millard North High School in Omaha. He is the oldest of nine children. He is an Eagle Scout. Dr. Darren Keiser is fluent in Spanish, since returning from a volunteer two-year mission in Guatemala.

Dr. Darren Keiser practiced at the Methodist Physicians Clinic Orthopedics and Sports Medicine Center from 2003-2020. He currently practices at MD West One. He was given the “Outstanding Young Nebraskan” award by the Nebraska Jaycees in 2008. He has been the honored recipient of several “Methodist Meaning of Care” awards. He is a member of the Nebraska Orthopedic Society and is a Fellow of the American Academy of Orthopedic Surgeons. He is also a diplomat of the American Board of Orthopedic Surgery, passing his recertification exam in the top 93rd percentile of all practicing orthopedic surgeons. Dr. Keiser has dedicated much of his life to help his patients recover from their orthopedic ailments and works diligently to achieve happy outcomes.

Dr. Keiser is an active volunteer in church, charitable organizations, and community. He loves spending time with his wife, six children, and grandchildren. He enjoys travel, the outdoors, music, and athletics.